Herbert Levine’s father and Bill Levine's grandfather, Rubine Levine is pictured on the North Side of Endicott in 1919, where he is calling on customers in their homes. Rubine came to the Triple Cities to begin his own jewelry career when he learned that Endicott Johnson Shoe Co employed 20,000 shoe workers.

Most of the workers were immigrant newcomers to the US, like himself. Rubine could talk to them in their native tongue, since he spoke 8 languages. His honestly and fair dealing led the way for his son and grandson to follow in his footsteps. 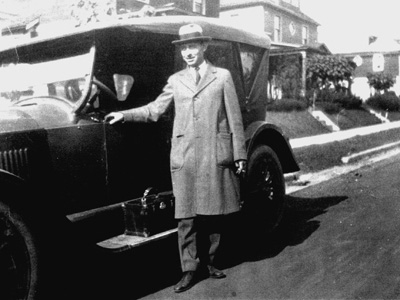 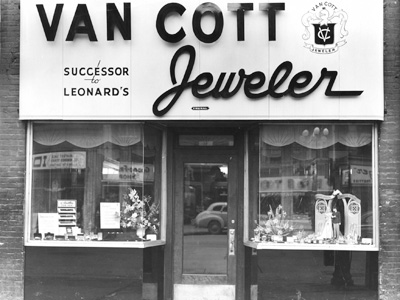 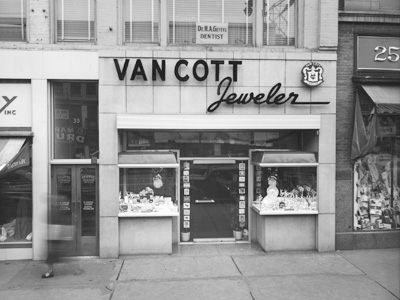 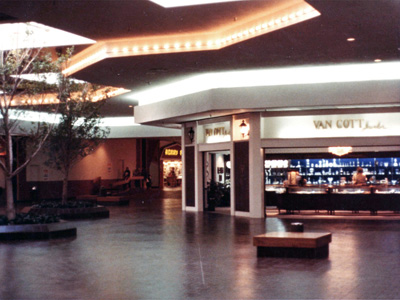 With distinguished guests and staff, Van Cott Jewelers was the first fine Jewelry store in the Oakdale Mall. All eyes are focused on the elegant Waterford Chandelier selected by Herbert and Elaine Levine while visiting the Waterford Crystal Factory in Ireland. 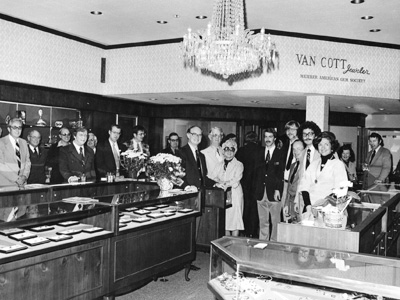 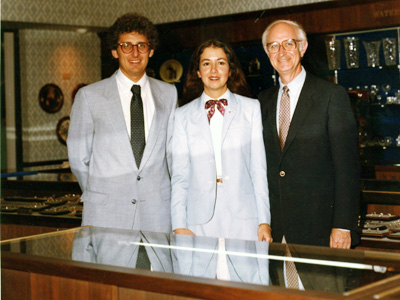 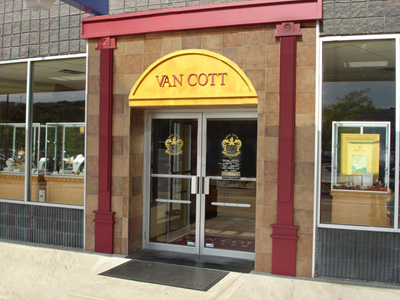 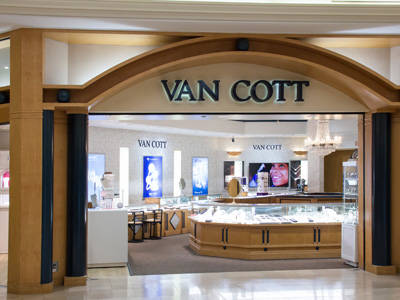 2019 Van Cott Jewelers consolidates Oakdale Mall into the famous landmark location at Town Square Mall in Vestal, NY marking a new era. Birdie and Bill Levine are honored to be an authorized Forevermark Jeweler, an Official Rolex Jeweler, and members of the American Gem Society and Preferred Jewelers International.